How prevalent is animal abuse in Pennsylvania? 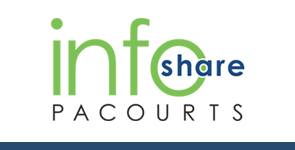 Libre’s Law, the anti-cruelty law (Act 10) that strengthened the protection of animals, went into effect in late August of 2017. Since then, over 25,000 animal abuse offenses have been filed statewide – 54 percent of which were for neglect of an animal.

This infographic highlights key data about animal abuse cases and offenses committed statewide since the law took effect. A high-resolution file of the graphic is available for download at www.pacourts.us under Media Resources. 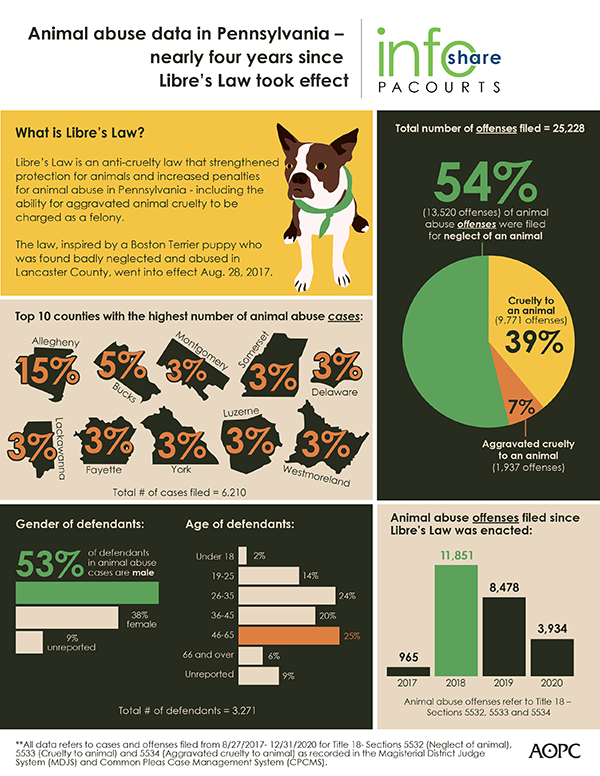 PA Courts InfoShare is a monthly product of the Administrative Office of Pennsylvania Courts (AOPC) that visually highlights the work of the courts with interesting data and statistics obtained through the judiciary’s case management systems, interactive dashboards and other research. Reproduction is permissible with source cited.

How prevalent is animal abuse in Pennsylvania? (510 KB)