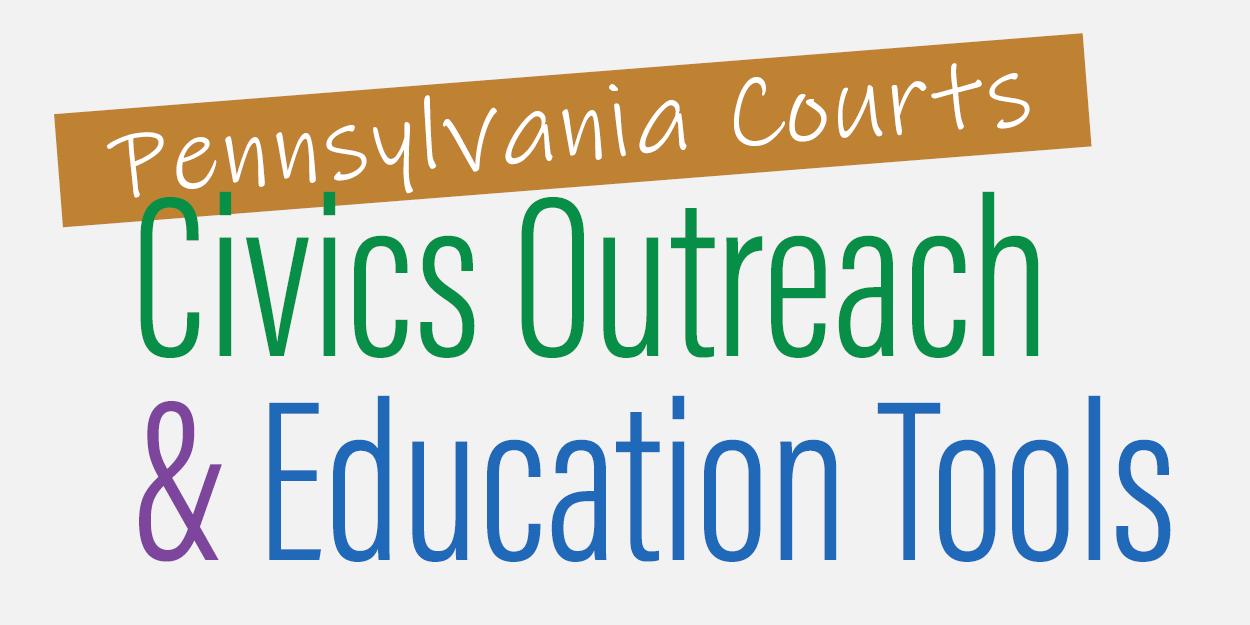 The project was spearheaded by the Pennsylvania Supreme Court’s Commission on Judicial Independence.

“Pennsylvania is rich with history that has shaped our landscape from Philadelphia to Erie and impacted the nation but so much of that information lacks detail on how the work and the role of the courts plays a significant role,” said Commission Co-Chair, former federal judge and current Dickinson College President John E. Jones III.

“Pennsylvania judges are part of the communities in which kids live but too much critical information is missing to help kids understand why the courts matter so much. If we can reach them through technology and teach them about the critical role the courts play in their lives, we can light a fire in the next generation of civic leaders.”

Offered in the toolkit are:

“A critical part of the mission of the Judicial Independence Commission is to educate all Pennsylvanians about the work and role of the courts in our communities,” Commission Co-Chair and Commonwealth Court Judge Renee Cohn Jubelirer said. “This new resource incorporates concepts and ideas which we hope will be appealing and educational for students at all grade levels but also complement curriculum currently being used by school districts across the state.”