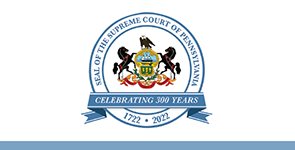 The Pennsylvania Supreme Court will remake history tomorrow as they hold a historic oral argument session at the site of early court meetings in Old City Hall, Philadelphia.

The Court will gavel in at Independence Hall, and then make its way to the adjacent Old City Hall where they will sit for argument session, which is being livestreamed for the public beginning at 8:30 a.m. (https://youtu.be/xUSVMydnVfQ).

The Pennsylvania State Police Mounted Unit will be present, standing outside the Court session in commemoration of the historic event.

The Court initially met in private residences, eventually moving to Independence Hall in 1743, and finally to Old City Hall at First and Chestnut Streets in 1790. In 1802, the Court returned to Independence Hall before moving a few steps west to sit in Congress Hall, in 1824.

Arguably the oldest appellate court in the nation, the Court predates the United States Supreme Court by 67 years and initially consisted of a Chief Justice and two associate justices. Throughout the centuries, the Court has evolved to its current number of seven justices who make the final decisions interpreting Pennsylvania’s laws and Constitution.

The Court also has full administrative authority over all aspects of Pennsylvania’s judicial system and may also hear cases involving issues of immediate public importance arising in the Commonwealth.

The historic argument session on Wednesday kicks off a days-long recognition of the Court’s 300th anniversary. The celebration includes the argument session as well as a two-day symposium that will review key aspects of the Court's jurisprudence, use the Court's tricentennial to explore broader issues in our republican form of government, and expound on the role of today's Court as the administrator of Pennsylvania's Unified Judicial System.

The full symposium agenda is available here and will be livestreamed for media and the public:

More information about the history of the Court and its 300th anniversary here and via Facebook @PennsylvaniaCourts and Twitter @PACourts.