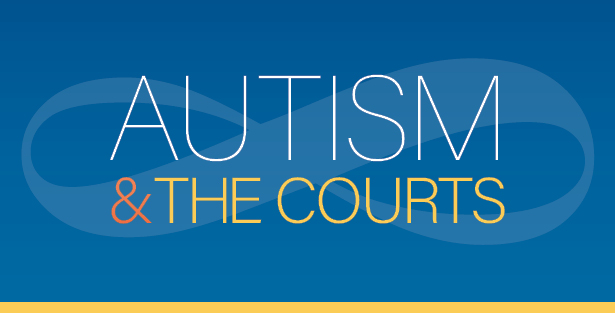 As work continues to bring lasting reform to the judicial system for individuals with autism, Pennsylvania Supreme Court Justice Kevin Dougherty today announced the launch of a new data initiative being piloted within the dependency court system to assist children with an autism spectrum disorder (ASD).

The goal of the pilot data collection effort is to identify children diagnosed or self-reported with autism at the time of entry into the court system. In doing so, county, judicial and law enforcement agencies will be better informed and further equipped to recognize and respond to individuals with autism in dependency cases. At the completion of the pilot program, Dougherty hopes to expand the effort system-wide.

“At no point has the statement ‘the earlier the better’ been more important than right now, said Dougherty. “We need to learn as much about the people, especially the children, who come into the system as soon as we can to better serve the goal of achieved justice.

“The system needs to be structed to meet THEIR needs and by doing so, we set people and families up to succeed, regardless of the legal or life challenges they face. Capturing as much information as we can about them as individuals, especially our children, at the point of entry will only help us to further help them as they move through the system.

“If this one change in our system helps us to change the life of one child, or the trajectory for one family, then we’ve made the world a better place.”

As part of the pilot initiative, a new option for “special considerations” has been created within the courts Common Pleas Case Management System. Court officials, system partners, and law enforcement partners accessing the case management system will now be able to enter a diagnosis or self-report of autism for children within the dependency system.

By making this information available will be better prepared to meet the needs of all court users.

“One in 44 children and one in 56 adults in Pennsylvania are diagnosed with autism,” said Pennsylvania Supreme Court Justice Kevin Dougherty. “Three years ago we joined forces with judges, attorneys, court staff, advocates, law enforcement, medical practitioners and more with a shared goal of making the court system a place where everyone is accepted and celebrated for who they are and offered the help they need, when they need it the most.

“Through this partnership with our court information technology team, we are once again forging new ground to gather data which will help us fully understand how many people, including children, are coming into the system and through our courtrooms who may need more from us than we previously knew.

“As we’ve said time and again, we want everyone to know that when you enter our system from Erie to Philadelphia everyone is seen, heard and accepted and there’s no better feeling than that, Dougherty said. “Having this new information available to us will help us ensure resources are directed where they are needed the most and can make the greatest impact for children and their families.”

In 2020, the Supreme Court signaled its commitment to Pennsylvanians with autism by forming a first-of-its-kind partnership with the Department of Human Services (DHS) to heighten the focus on helping judges better understand the necessary evaluations required for diagnosis, treatment and services for individuals with ASD.

Committed to moving the initiative forward, Dougherty and DHS developed a statewide virtual listening tour to hear first-hand about challenges faced in the system from medical professionals, service providers and individuals with autism alike as they sought access to justice.

Since that time, Justice Dougherty has partnered with the Pennsylvania Courts’ Office of Children and Families in the Courts to create a taskforce known as the Autism in the Courts Taskforce. The taskforce is focused on providing increased training opportunities for judges, helping further identify gaps in the system for individuals with autism and intellectual disabilities and creating a local roadmap to resources and services.

For more information about the Autism and the Courts effort visit https://www.pacourts.us/learn/autism-and-the-courts.